Over the Halloween weekend, the art and technology worlds converged in a cutting-edge experiment to benefit social change initiatives through an NFT Auction.

Four NFTs were developed by the artistic collective known as Wicked Craniums, each representing one of four gods of the elements: Air, Water, Fire and Earth. Acumen, along with UNICEF India, Mercy Corps and the Health Finance Institute were organizations selected to benefit from this auction, which was featured in a billboard in Times Square. 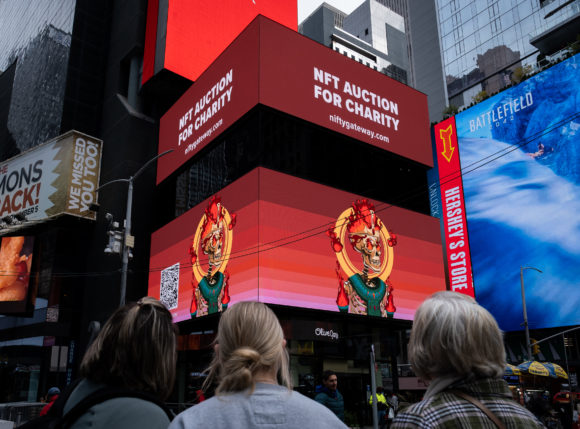 The project raised $35,000 for worthy causes while exploring new formats for digital campaigns. All of the proceeds from the auction of the “Fire-God” Wicked Cranium design will fund Acumen’s efforts to end energy poverty in communities across the globe.

Special thanks to John Mayo-Smith and Dave Jenssen at TSQConnect and OUTFRONT Media for being a supportive media sponsor.

A Lesson in Systems Change.